DON’T BLINK OR YOU’LL MISS IT: WHY DO WE HAVE EYELASHES ANYWAY?

What do elephants, hedgehogs, and humans all have in common? They can flutter their eyelashes! The real question is why. Scientists have been trying to figure out the role of eyelashes for decades and new research debunks previous theories about this alluring adaptation.

WHY DO WE NEED EYELASHES? 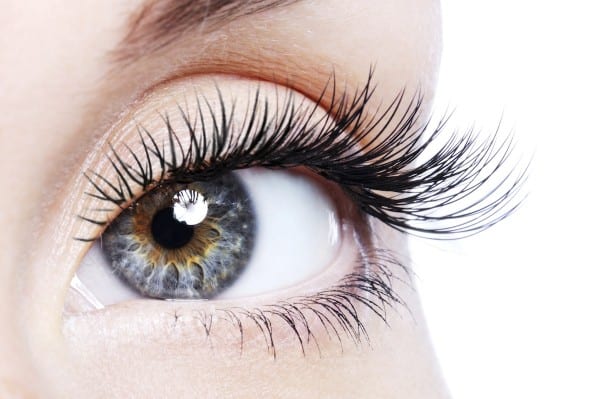 New research on eyelash length answers age old questions about why they work the way they do. Are they just dust catchers? Do they act as sensors that alert the eye to danger? Are they simply seductive accessories?

The answer may have more to do with airflow than aesthetics. Researchers measured the lashes of various mammals and found that most animals’ eyelashes are one-third the width of the eye. This theory held true from elephants to rabbits and most animals in between.

The scientists created an artificial eye and put it in a wind tunnel. By blowing air on the “eyelashes” of the eye, they discovered that eyelashes direct airflow around the eyes, leading them to believe that lashes can shield sensitive eyes from airborne particles, viruses, and bacteria, as well as preserve moisture.

SO, FULLER LASHES ARE BETTER?

That may be true! Scientists don’t yet know whether ample thickness or length are an effective way to combat dry eyes, but they do know what happens to people who don’t have lashes at all.

People who lack eyelashes are at higher risk of optical infection because of “dry eye.” Their eyes have trouble maintaining proper moisture levels, and people with sparse eyelashes may be susceptible to similar problems.

Artificial eyelashes are thought to perform similar functions as naturally long lashes. They direct airflow around the eye and encourage blinking to keep eyes moist. However, sticky adhesive lashes can also encourage bacteria to collect under the eyelash glue, leading to an increased risk of infection.

HOW DO I GET BETTER EYELASHES?

There is another way to encourage longer lashes without having to glue them in place: Latisse® is an FDA-approved treatment that encourages the growth of darker, longer, and fuller lashes. The benefits of Latisse include longer and significantly thicker lashes that reduce the need for false eyelashes or heavy mascara.

If you’re curious about how Latisse can help you achieve lusher lashes, contact the beauty experts at the Plastic Surgery Centre of Atlanta. We can answer all of your questions about Latisse and other treatments that can help you look stunning in the blink of an eye.