WHERE TO GET YOUR LAUGH ON IN ATLANTA 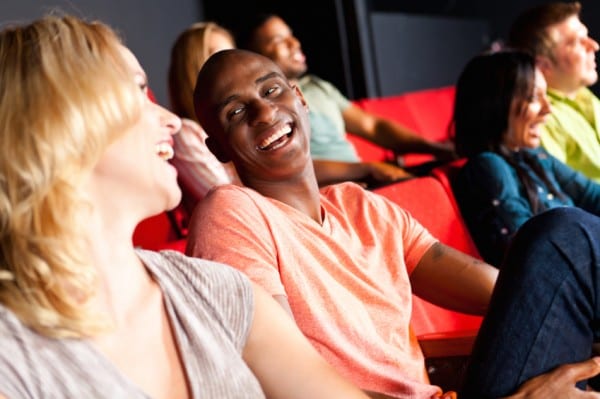 Anyone who’s ever heard truly good comedy knows that there’s some truth to the old adage that laughter is the best medicine. While it can’t cure every ailment, it definitely does the body and soul some good to catch a comedy show every once in awhile. Luckily for us, Atlanta is full of options when you’re ready for an evening of laughing.

Thrillist recently put together a great roundup of humor hotspots, featuring the best comedy clubs in Atlanta. We’re loving theirs and adding a few of our own favorites to the list:

This aptly named theater seats about 300 and serves food at fair prices. Check the schedule—they have big names coming through pretty regularly.

STAR BAR: FOR THOSE WITH A QUIRKY SENSE OF HUMOR

Star Bar hosts a Monday night comedy mic with an “underground comedy” theme. It’s a free regular event, giving pros and amateurs alike a chance to try out some less conventional sets. Comedians are likely to cover offbeat topics, but if weird humor tickles your funny bone, check it out.

THE PUNCHLINE: AN ATLANTA STAPLE

The Punchline is a comedy bar, every night of the week. They’ve been open for over 30 years and famous names like Foxworthy, Seinfeld, Jay Leno, and Eddie Murphy have graced their stage.

Among other things, this venue features an Atlanta-centric show called “Atlanta Explained.” And just in case you’re planning to enjoy a number of brews while you laugh it up, there’s a handy MARTA station right across the street.

If you have a secret dream of being on the stage yourself, this renovated church has a calendar full of improv classes you should make a point to try. But its growing fame is due to Saturday secret shows. Big name comedians like Pete Holmes and Todd Glass have showed up for these underground shows.

The Lounge is nestled in the back of the Vortex Bar & Grill. It’s a small venue (about 75 seats) with a big history of live shows and even taped specials.

Everyone knows that comedy is not generally a family affair. But the Basement Theater offers family friendly improv shows as well as more adult affairs. They also have Friday night movie screenings – check the schedule to see what’s up next.

This theater is known for being low on cost and high on laughs. Scripted shows will leave you crying with laughter and improv nights are a knee-slapping treat as well.

Hitting up a comedy show should be on any local’s list of things to do in Atlanta. And while you won’t see a prescription for comedy in our post-treatment instructions, Dr. Brothers and the staff at our Atlanta plastic surgery center know that laughter truly is one of the best medicines.